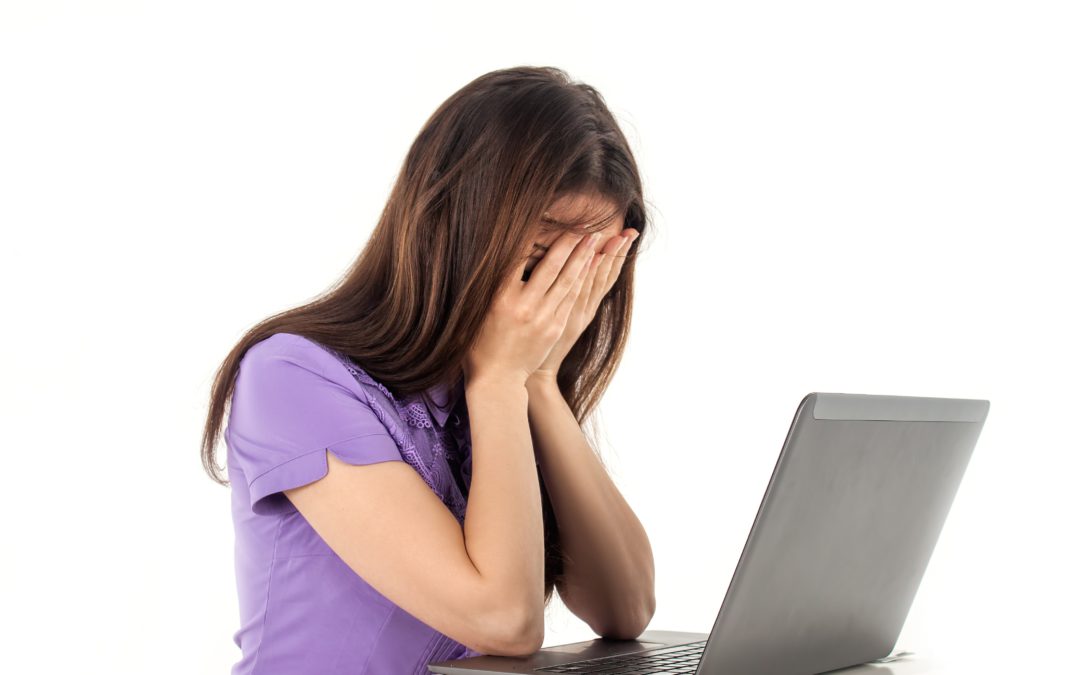 So you’ve come up with a revolutionary creative idea for a new client, one that is guaranteed to get tongues wagging and generate huge buzz. So spectacular is this new concept in fact, that said client has bought into it no questions asked. Champagne anyone? 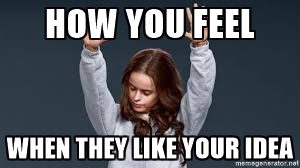 Except for the small matter of now having to execute said idea. As anyone in the creative world knows, blue-sky thinking is all kinds of fun, but thanks to a variety of buzz-killing reasons (budget being the biggest offender), these bold notions tend to get tempered down fairly significantly before ever seeing the light of day.

But there are times when you are simply so convinced of your own brilliance that you somehow manage to persuade others to buy into it wholeheartedly, leaving you to then muddle your way through the logistical nightmare that said stroke of genius leaves in its wake. 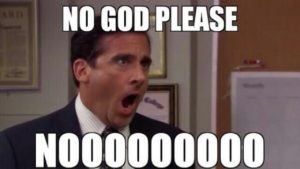 And so exists the eternal dilemma of the marketer – do you wow your clients with your out-there thinking and figure things out later, or do you keep expectations at bay and run the risk of looking positively pedestrian?

Take route 1, and you’ll spend a day being the toast of the town and the rest of your life wishing you’d kept your damn mouth shut. Take the more cautious path, and you’ll forever wonder what might have been, suspicious that colleagues are secretly speculating about your mind-numbing mediocrity. In short, you’re f*&$ed.

Oh, were you waiting for some sort of resolution? No sorry, not today. Either which way you slice it, you’re solidly screwed. BUT, if you’d rather be stuck in a pickle that involves sleeping more than 2 hours a night, here are a few key points to contemplate before you next run your mouth off.

In an industry where innovation trumps practicality 9 times out of 10, you’ll undoubtedly find yourself flexing those creative muscles in an attempt to prove you’re not some sort of hopeless accountant-type (DEATH to your reputation!) who accidentally wandered into the wrong room. But before you commit to something that falls spectacularly outside your skill set, you might want to consider things like location, logistics and human resources before that fat trap of yours flies open again. 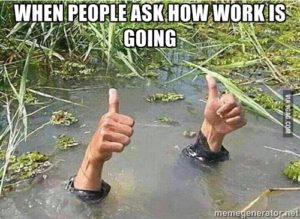 Yes a photo shoot in Santorini sounds spectacular, and a 30-second ad using the world’s top director would be a nice-to-have. But let’s face it, you’re going to end up in the parking lot shooting on your iPhone anyway, so you may as well just step up and own it from the outset.

Sure, we’ve all exaggerated our abilities from time to time. I might, for instance, have suggested a certain level of fluency in French, when the harsh reality is that I simply enjoy a good baguette and can pronounce the word ‘croissant’ relatively well (actually, it’s brilliant, you should hear me). However, the problem with such misguided bravado is that you’re either going to be left with a severely disappointed client (turns out ‘Voulez-vous couchez avec moi?’ only gets one so far), or land yourself in a position where you’re actually going to have to fulfill your promise (or pay someone else to). And frankly, neither of these outcomes is good for client relationships or mental health. 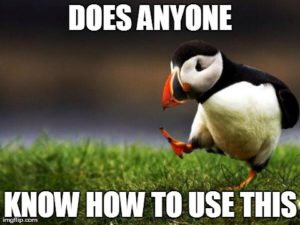 So don’t be afraid to own up to having limitations – we all have them. The truth is that, if you’re able to deliver spectacularly on your strengths, people will probably overlook your weaknesses. So chill out and do what you do. And do it well. 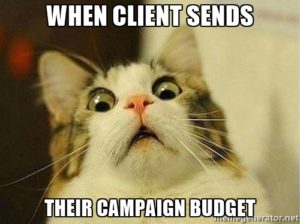 Oh right. That. Remember, ideas cost money, so while your ramblings might delight the client, they’re probably not going to be as pleasing to the person footing the bill. So if you like your job, and prefer having things like a home and money, you might want to consult the powers that be before you break their bank account.