Diaries of a Barefoot Businessman Chapter 29: Bridging the cultural divide 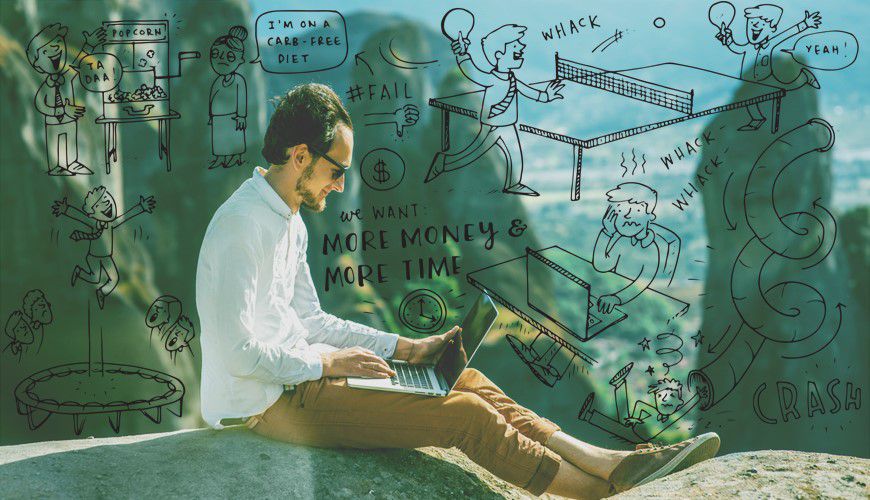 If you’ve ever taken a passing interest in corporate culture (and if you’re reading this, presumably you have), you’ll likely have encountered articles aplenty documenting the rise of the so-called ‘super office’.

Part theme park, part working space, these new hybrid offices are fast becoming hot property in the corporate world, with business owners now clamouring to fill their spaces with ping pong tables and popcorn machines in the hopes of gaining favour amongst an ever more exacting millennial workforce.

How far we’ve come since the days of beige dry wall and inhospitable cubicles. Way back when, a trip to the printer was about as exciting as office life got. But thanks to the likes of Google and Zappo’s (whose PR agencies are to be credited for the sheer willpower it must have taken to make work cool again), workplaces have now evolved to become makeshift massage parlours, gaming stations and workout spaces. Hell, Lego’s office even has its own indoor slide. Let that sink in for just a second.

But what does all this tomfoolery have to do with work? Do daily massages do wonders for one’s creativity? Is an afternoon nap really the key to improved mental health? Or is everyone just jumping on the gargantuan, Google-shaped bandwagon?

Call me crazy, but if I have to take a slide to get from Point A to B within my own office, I’m probably going to go skidding off the deep end in about three minutes flat. And while there’s nothing essentially wrong with knocking off for the occasional neck rub or table tennis game, it somehow feels at odds with the purpose of the work day, which is, as I understand it, to work.

Perhaps I’m showing my age. After all, the purpose of a SnapChat filter is also completely beyond my grasp (Great, so I’m wearing a flower crown….now what?). All I know is, I’d prefer to get my leisure activities done on my own time, rather than under the glare of fluorescent lights and the watchful eyes of possibly judgmental colleagues.

Now don’t get me wrong, the idea of corporates doing good things for their staff is enviable. Noble even. I get that we want to make our employees healthier, happier and generally less dependent on chronic medication, but does this really need to happen in such a forced, contrived way?

A couple of years ago, I put a question to my staff, asking them whether they’d like a proper office or more money. I’ll give you one guess what the unanimous answer was. Because yes, I could invest masses of hard-earned money into ridiculous props and novelty items that might be used once or twice, or I could put that money back into the pockets of the people who actually earned it.

The thing is, everyone’s idea of the perfect office is different. Whilst I might enjoy the idea of an enormous indoor trampoline (such a winning plan), chances are that others might not be as partial to bouncing about aimlessly in the middle of the work day. Ultimately, we all hold very different ideas of both work and play, and so to enforce any kind of one-size-fits-all standard of frivolity is likely going to win you both friends and enemies.

At the end of the day, the only two things that every employed person seeks out without exception are more money and more time. Armed with those two very important things, they can go for that massage should they choose, or spend some time hitting the treadmill at the gym without having to rely on you to provide it.

The bottom line is this — fun is only ever really fun when it’s something you choose to partake in independently. Much like school trips and those interminable set books of our youth, the joy of a moment is often rendered moot by virtue of the fact that it’s enforced.

So before you start splashing the cash in an attempt to turn your office into some sort of corporate wonderland, here are a few key pointers that might help you to more effectively lift your employees’ spirits:

Ask your employees what they really want

If you really want to make your office a delightful place for your employees, you might want to start by asking them what makes them tick. While you might think a popcorn machine is the coolest thing on earth, chances are your employees are currently partaking in a carb-free diet, meaning your ‘gift’ is not only useless, but borderline offensive.

Remember why you’re there

A little fun here and there is great, but if your employees really wanted to hit up the playground, they could do so on their own time. Whilst the idea of offering diversions to clear the mind and revive the body is a good one, it can become distracting when it becomes the focal point of any space. If you’ve ever tried to work whilst listening to the sound of people smacking ping pong balls before, you’ll understand what I mean.

If you really want to give your employees a reason to love coming to work, give them the option to leave more often. By enforcing flexible working hours, you’ll enable your employees to seek out their own forms of frivolity, and leave them feeling a little less obliged to live their entire lives under your roof.