Diaries of a Barefoot Businessman Chapter 33: The Dexterity Dilemma 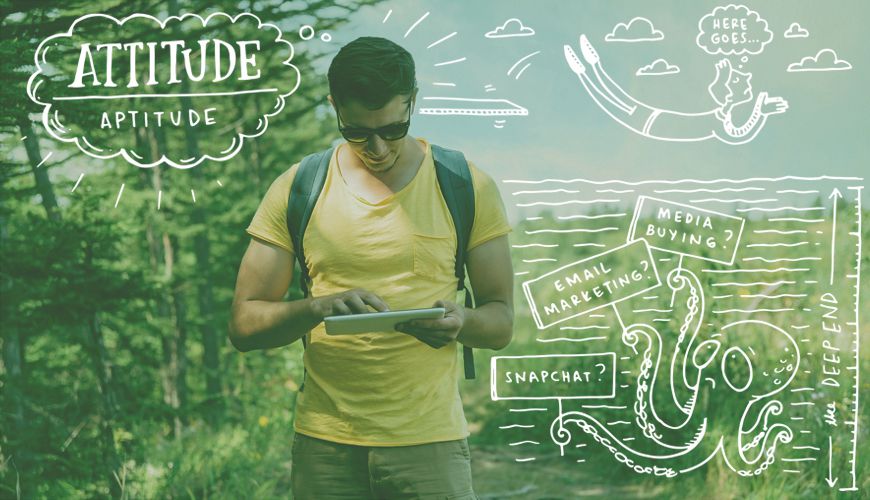 Fake it till you make it. That’s the underlying principle that guides any entrepreneur’s decision making process. After all, how are you supposed to compete with larger, more established operations without blurring the lines of truth from time to time?

Sure, you might not have an ‘office’ per se (although a desk in the bedroom surely counts for something). No, you may not have an army of employees at your beck and call. And naturally, given your relative commercial immaturity, there are plenty of things you absolutely do not know or understand. But that doesn’t mean anybody else needs to know that.

To be successful as an entrepreneur, you need to jump at any given opportunity. And while some would advise exercising caution before signing a contract that calls on you to practice a discipline with which you have little to no familiarity, there’s no better way to learn than in the deep end, right?

The truth of the matter is that the vast majority of us encounter situations on a daily basis that confuse us. It’s almost impossible to avoid given the rapid advance of technology. I mean seriously, what the hell is Snapchat? Does anybody know? And as such, to turn down opportunities simply based on your relative inexperience would be foolhardy – if somebody wants to give me their hard earned money, best you know I will gladly accept it, and then beat a hasty retreat to Google to find out what on earth I just agreed to do.

Some might call this improvisational approach to business wildly unethical, but as I see it, it just makes good sense. Sure, it would be great to have the free time required to constantly up your expertise by attending courses and seminars. Yes, it would be quite lovely to answer questions in meetings secure in the knowledge that what you’re waffling on about could be backed by science. But such luxuries are not things afforded to those who value sleep and a functioning brain.

As I see it, learning on the job is the most effective form of education. Not only does it offer you the kind of much needed context that reams of literature simply cannot replicate, but it also instills in you the critical fear of failure required to actually sit through those long-winded YouTube tutorials that might otherwise bore you senseless. Terror is a highly underrated learning device.

Early on in my career, I tended to err on the side of caution, operating within a very limited field of expertise. It felt safer, easier to paddle around in tried and tested territory. But over the years, I’ve come to realise that the vast majority of people have no idea what they’re talking about 90% of the time. Some talk a good game, others less so, but at the end of the day, incompetence is an art practiced by many at quite admirable levels.

And so I began to venture outside the bounds of the familiar. Sure, I’m an experienced media buyer, why not? Email marketing? Piece of cake, leave it to me. And the more I did so, the more I realised that with a modicum of common sense and access to Google, there’s very little that a person can’t accomplish. Sure I might not know it NOW, but ask and you shall receive.

Ultimately, success in business is more about attitude than aptitude. There will always be people who know more than you. You will at some point inevitably use the wrong industry jargon to describe whatever it is you’re talking about (So. Many. Acronyms). And yes, you will make catastrophic errors from time to time. But will anyone notice? Probably not.

The important thing to remember is that as much as you’re feeling insecure in your expertise, it’s highly likely that everyone else in the room (including your client) is suffering from the same crippling fear of failure, and focusing just as hard to ensure they don’t confuse SEO with PPC. And once you realise that you’re all just as stupid as one another, it’s a whole lot easier to say ‘yes’ to just about anything.

But before you set off boldly into the fray, make sure to ask yourself these 3 key questions: