Diaries of a Barefoot Businessman Chapter 5: The introversion dilemma 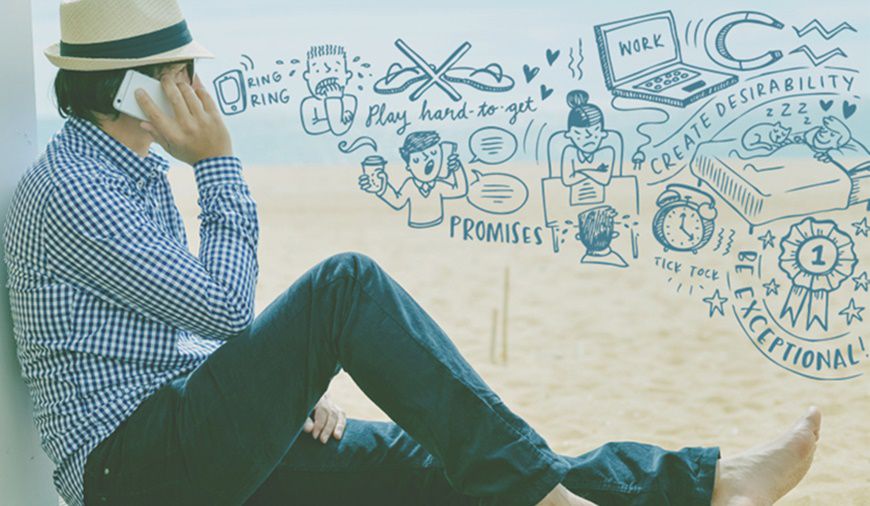 The word “entrepreneur” traditionally conjures up images of big talking, outgoing personalities – people with plenty of hustle and endless capacity to talk a good game. They’re the kinds of people you see motoring their way down the streets, latté in one hand, cellphone in the other, their eyes dancing with a malevolent hunger for more.

But what about the many introverts among us? The people who look at their ringing phones like harbingers of doom, the sound of that tell-tale buzz sending them into sweats of anxiety not unlike those associated with being led to slaughter. The folks whose idea of a great meeting is the one that just got cancelled. It might not sound like the ideal personality profile for a prospective captain of industry, but it’s not an insurmountable obstacle as it turns out.

I’ll be the first to come out and say it – leadership isn’t a good look on me. I’m endlessly apologetic, I regularly avoid meetings and dodge difficult conversations in favour of quietly simmering in the corner. Yet somehow, despite my natural aversion to others and my pathological hatred for telephonic conversation, I’ve managed to somehow cobble together a relatively functional business model, one that’s more subtle than hustle, and that relies heavily on action over interaction.

Early on in my career, having been unwittingly thrust into the throes of entrepreneurship, I realised that some things in my life were going to have to change. And while I accepted that I was never going to be the next Richard Branson, I also had to make certain concessions. For instance, it’s probably not a good idea to ignore calls from the people paying your bills. Also, flip flops are a much more acceptable look on an employee than a business owner.

Yet as much as these basic tenets of entrepreneurship required finessing, it turns out that a more understated approach to enterprise can actually be a valuable asset. You see, while many entrepreneurs have the gift of the gab, very few know when to stop utilising it, steamrolling people to the point where they simply give up and surrender. Devoid of a ‘pause’ button, these extreme extroverts blast into a room like a tornado, offering up a relentless barrage of chit chat that either convinces the client they know what they’re talking about or simply exhausts them to the point that they have no choice but to sign on the dotted line.

The problem with this approach of course is the delivery. After all, if you’re spending the whole day running your mouth off, when do you actually get a chance to, you know, DO anything? Bold promises, delivered with a confident, toothy smile, can seduce a client without a doubt, but when these aren’t followed up with appropriate action, the novelty starts to fade fast.

Additionally, much as a prospective client would like to be convinced of your expertise, they’d probably rather not have that take up three hours of their precious day. You see, enthusiasm is only infectious up to a point. And at that point, when the morning coffee starts wearing off and the involuntary eye rolling begins, you need to know it’s time to call it quits.

Personally, I tend to approach business ownership based on the playing hard-to-get principle so regularly employed in the dating world. Can I make that meeting? We’ll see. Regular status catch-ups? Let’s play it by ear. And yes, it works EXACTLY the same way as it would in a romantic relationship. The less available you are, the more desirable you become. After all, if you’re so busy all the time, you must be some kind of hot shot right?

The great thing about working for a wide variety of clients is that you can always pin blame on the others, citing ‘other meetings’ as your excuse for missing that ever-unnecessary status catch up or pointless presentation that could just as easily have been emailed to you. The fact that your other meeting is with your bed and involves you being temporarily unconscious is beside the point. Ultimately, you’re creating desirability, even if it does involve tinkering with the truth somewhat.

But at the end of the day, it’s what you deliver that differentiates you from your competitors. You might not have a well-pressed suit, you might not like people very much and you may quite frankly border on social retardation. But get the job done well, and you’re halfway there. Luckily, by cutting down on the conversation, you’ll have a whole lot more time to do just that.

For all those introverts looking to make it big in business, here are a few things to bear in mind: