Diaries of a Barefoot Businessman Chapter 34: Leaving a Legacy 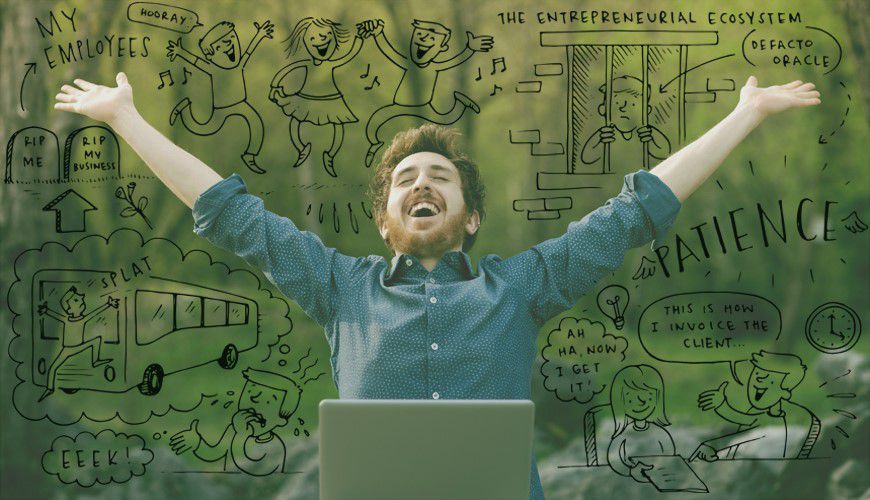 Aside from the obvious physical inconvenience of the whole thing (not to mention the mess), what would become of my business should I inadvertently end up as human roadkill? Would my employees dance a jig of delight and carry on where I left off? Or would my demise in turn see the business meeting a similar fate?

Sadly, upon reflection, I realised that the latter option is closer to the truth (although the jig of delight is also a real possibility), which is a pretty scary state of affairs. Not only does it mean that I need to be seriously cautious when crossing the road, but it also suggests that the fate of a fair few humans rest solely in my hands, largely because I have not equipped them with the appropriate tools to carry on where I left off.

Part of this is because I’m simply an awful teacher. Always have been, and likely always will be. When something makes perfect sense to me, it’s near impossible for me to decipher the logical steps that led to that cognitive epiphany. Additionally, as someone who is largely self-taught (by means of trial and significant error may I add), I tend to expect others to behave in the same way.

The difference here of course is that I had no ‘mentor’ or boss to defer to during my early days practicing whatever hybrid digital discipline it is that now pays the bills. The same can’t be said of my employees, who naturally turn to the person who hired them for answers in times of need. But rather than practicing proper leadership skills and encouraging problem solving, I simply keep answering questions, thereby facilitating a highly dependent culture that requires my input to operate.

Much as I enjoy being in control, this was never my intention. After all, I want to be able to go on holiday (or die if I so wish) without fearing that this admittedly small kingdom built on sweat and tears will come crashing down around me. Yet by establishing myself as the de-facto oracle, I have inadvertently imprisoned myself in a precarious entrepreneurial ecosystem.

Now I may talk the talk fairly well when I need to (enthusiastic agreement and the use of confusing terminology are my go-to weapons), but what I really wish my employees knew is that I am just as clueless as the next person. I regularly turn to Google to solve my problems. I am constantly bombarded by questions for which I have no retort. Yet because there is nobody above me to defer to, I’m forced to find a solution.

So how do I foster this same go-to attitude amongst those for whom I now act as a safety net? How do I encourage them to be brave and to act without fear of error? And how, oh how on earth do I transfer all the information currently housed in my head to someone else?

Well, as I’ve been assured by countless articles and books written by far smarter leaders than me, patience is possibly the ultimate virtue in this respect. Like many A-type leaders that have gone before me, my instinct is usually to get the job done in the quickest way possible. Which often means simply doing it myself, rather than taking the time to really give someone else a chance to learn.

What this naturally does is both evaporate their self-confidence and leave them with only a partial understanding of the task they’ve just semi-completed. The more this happens, the less they trust themselves and the more they trust you, leaving you with a highly unhealthy and unbalanced situation that needs fixing fast.

Another trick of the trade of course is trust. After all, how can your employees give themselves leeway to fail if you don’t allow the same? Yes, you might tell them that they are allowed not to be perfect, but you and they both know you’re talking rubbish. Because it’s your own impatient, meticulous approach to work that ultimately gives them their cue, not the false platitudes you spill in an attempt to be boss of the year.

So my mission, as we enter the second half of another manic year, is to learn to help others learn, and to risk what I might have thought of as wasting time in return for a thriving, highly functional team that can carry on no matter where I am. And in the meantime, I’m going to try to avoid being hit by a bus.