Diaries of a Barefoot Businessman Chapter 26: A Lesson in Gratitude 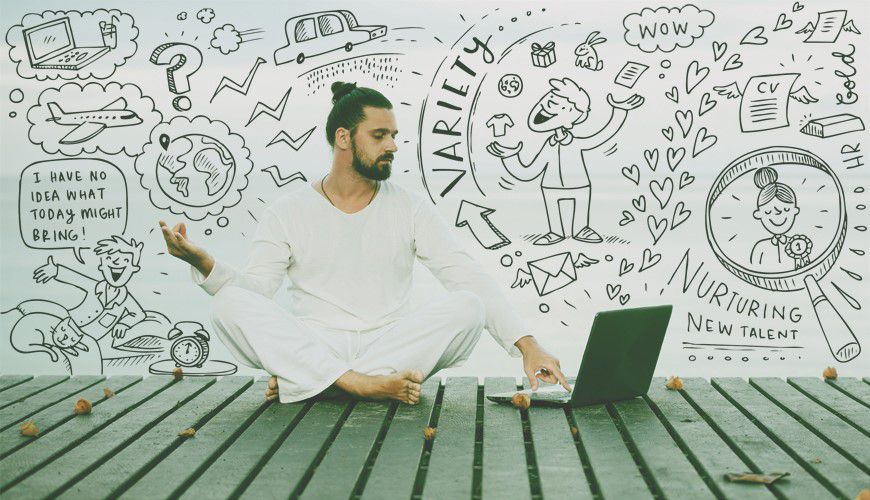 I was recently asked by a regular reader of this column (yes, they do exist!) why I appear to so vehemently dislike what I do. Words like ‘bitter’, ‘angry’ and yes, ‘crazy’ were used to describe my weekly rants about the ups and downs of entrepreneurship.

What? Me? A bastion of good cheer and humour? Initially, I was quite taken aback by this spurious accusation, but upon closer reflection, I do realise that my tales of crazed clients and demented colleagues might come off a tad misleading.

You see, the reality is that I absolutely love what I do. I beat my alarm clock to the punch every morning, positively beaming at the prospect of tackling a new day. I plant myself in various scenic locations while I work, and count my blessings every single day. And I’m only a grumpy reprobate about 20% of the time. But that’s not a great story is it?

Additionally, conflict is a key element of any good narrative – after all, why else would ‘The Real Housewives’ shows be so popular? Tales of average days spent doing average things are of no consequence to anyone. We want drama, scandal, and tales of the downright weird. Not some chump rattling on about the mundane details of a largely agreeable existence.

However, it’s important that it be conveyed that entrepreneurship isn’t a constant battle that leaves one weeping into a wine bottle every night. Sure, there are plenty of peculiar characters that cross your path, the odd lunatic that leaves you feeling mildly homicidal, and endless learning curves that leave you a tad frazzled. But these minor inconveniences pale in comparison to the rush that accompanies each incoming email, and the possibilities that might arise with every person we encounter.

So in the interests of correcting any misperceptions about owning a business (and to silence my admittedly correct critics), here are a few of my favourite things about being an entrepreneur:

No two days are ever the same

Entrepreneurship may be many things, but predictable is not one of them. In fact, I can safely say that I wake up most mornings with literally no idea of what the day might hold. As a natural planner (and someone who is most averse to missing lunch), this can be a scary scenario, but it’s also undeniably electric, and makes the predictable pleasantness of weekends feel somewhat…uninspired.

If you’re someone who thrives on the comfort of to-do lists and 5pm knock-offs, this probably isn’t the career for you. But if the prospect of ending the day in an entirely different time zone without warning lights a fire under you, step on up.

The sky’s the limit

I often look at people with cushy jobs and corner offices and think maybe I made a bad call. Sure I’d love to be jetting around the world in a plush business class seat, an eager assistant in tow (back in economy class of course). And yes, I wouldn’t be averse to company cars and expense accounts. But then I remember that, whilst these dream jobs might be spectacularly lucrative, there’s only so much variety they can offer.

As a business owner, you have the opportunity every single day to completely revamp your job, and to make connections that instantly change the very nature of your operation. You’ll work with all kinds of people, learn new things on a daily basis, and, most importantly, never ever get stuck in a rut.

You get to build up others

Perhaps one of the most gratifying parts of this journey is the newfound ability to uplift others’ careers. That glimmer of hidden potential you spot in someone can now be nurtured into a full-blown skill, and with the resources of a business at your back, you now have the power to take a chance on someone who might otherwise have been overlooked because their CV didn’t look quite right.

Naturally, this crusade to pluck out hidden (and therefore also cheaper – this isn’t a charity) gems isn’t always successful, but there’s probably no better feeling than striking HR gold and nurturing a new talent to greatness.