Diaries of a Barefoot Businessman Chapter 17: Who’s the Boss? 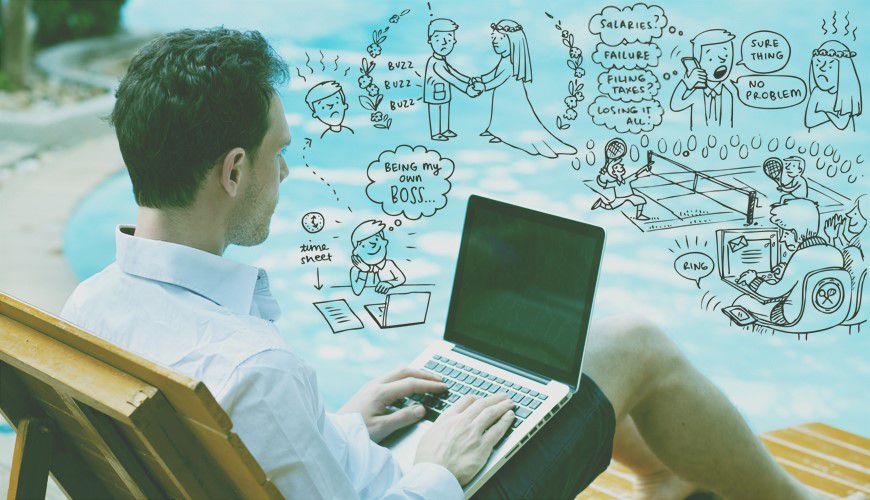 Ah, to be your own boss. It’s the dream of the deskbound, who long for such lofty freedom as they punch in and out, fill out timesheets and take in the plentiful charms of micro-management.

Yet, as someone who’s enjoyed the dubious privilege of being the ‘boss’ for a few years now, I can safely say that the associated power is but a fleeting illusion. Sure, you don’t have to don a suit and tie if you don’t want to. Hell, you can wear nothing at all if you so please (something I don’t recommend when operating a laptop). But are you actually in charge of anything? Sadly, the answer is a resounding no.

You see, whereas your typical employee is protected by contracts and legal stipulations that render them well within their rights to actually ignore their bosses after hours, business owners are afforded no such privilege. We are expected to be polite to our clients at all times, to smile sweetly in the face of relentless stupidity, and to be unflinchingly courteous even when we’re being harassed (and I kid you not) in the middle of our wedding ceremony. It’s at this point that you really realise that control is something you waved goodbye to long ago.

Of course, we could just ignore these silly requests, get on with our lives and chuck our incessantly ringing phones in the nearest river. But to do so would be to break the unwritten pact between clients and agencies, whereby the former is free to shop around should the latter dare to ignore any request. So instead, we reply with a ‘Sure thing, no problem’, and even slap on a beaming smiley face emoji just to show them how little trouble it is. Smashing. Wonderful. I’ll get married later ok? Whenever is good for you.

Now try pulling a stunt like that as a corporate manager and you’ll be dragged before the HR firing line in double quick time. Yet, as a supplier, silly concepts like ‘leave’ simply don’t apply. I can honestly say I’ve lost count of the messages I’ve received from clients clearly in need of a hobby, that begin with the dreaded line: “I hope you’re having a wonderful time away, but…”. That’s a pretty big but when you’ve just shelled out a fortune for Wimbledon tickets and are now forced to use your prime courtside seat as a makeshift desk. Again, true story.

But hey, at least you’re in charge of your own employees right? So no matter how far your clients push you, you can at least fob the job off onto them? Make it someone else’s problem and cackle heartily as you remark upon your own good fortune. Ah if only it were so easy.

See the thing is, whilst there isn’t much of a legal buffer between you and the people paying your bills, as a manager, you’re still inconveniently obliged to treat employees humanely. That email you receive at 11pm can’t simply be forwarded onto someone else with any reasonable expectation of a reply. Sadly, the fantasy of making heaps of money whilst others do the work is just that. Horrid, tragic fiction that’s unlikely ever to come to fruition.

The fact is that, when you become a business owner, you essentially sign up to be bossed around by just about everyone. Clients, employees, accountants, you name it. Like dogs and small children, they can smell the fear in you – the fear of failure, the fear of filing incorrect taxes, of not being able to pay salaries, of losing it all. And best you know they won’t be afraid to capitalise on it.

So before you set about creating your business empire in the hopes that you’ll soon be sipping cocktails on a beach somewhere while you quietly make money on the side, here are a few reality checkpoints to consider:

Here’s the thing though: the passion of the great moments will more than make up for it all.