Diaries of a Barefoot Businessman Chapter 21: The Public Holiday Paradox 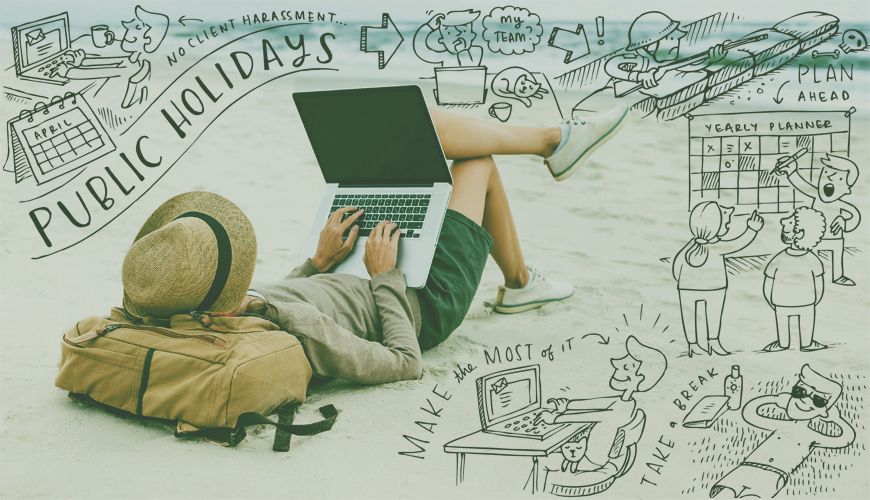 Tuesdays masquerading as Fridays. Weekends sporting ill-defined boundaries. Increasingly blurred lines between work and play. Yes, it’s public holiday season again, which, for many, understandably represents the highlight of the year. After all, with so many off days stacked so closely atop one another, it only takes a few strategic maneouvres to fashion a rather lengthy absence from the daily grind.

For entrepreneurs, these on-again, off-again shenanigans are at once a welcome relief and a monstrous inconvenience, offering up much-needed downtime whilst unsettling the very tenuous status quo.

In reality, a public holiday in start-up world is simply a regular working day devoid of client harassment. So instead of waking up to a flurry of emails and phone calls, one is actually afforded the opportunity to finally make inroads into that terrifying to-do list. In my experience, public holidays are in fact far more productive than their 9-5 counterparts, largely because people (the working world’s number one problem) are removed from the equation.

Of course, the issue here is that your own people are also no longer accessible to you. Come public holiday time, that jolly ’let’s take over the world’ camaraderie is pushed aside in favour of inconveniences like family get-togethers and holidays. Suddenly, that spirited, game-for-anything team you’ve managed to cobble together plays the ‘human with a personal life’ card (fairly), leaving you all alone on the battlefield, powerless to prevent the mass exodus mandated by law.

Here’s the thing about public holidays – they tend to sneak up unannounced. One minute it’s a Monday morning, and the next you suddenly remember it’s actually also Friday afternoon, leaving an entire working week condensed into one very confusing sequence of hours, characterised by both panic and frivolity.

All of a sudden, your carefully planned week begins to unravel, as your employees, one-by-one, start to remind you of that leave they applied for months ago (I can barely remember what I ate for breakfast, so forgive me if I’m not able to recall these types of facts) and that they won’t in fact be joining you for the remainder of the week. WHAT?!?!

Sure, you merrily acquiesced to this leave months ago. You probably even encouraged it. Work/life balance and all that rubbish. But you did not have this particular urgent deadline months ago. In fact, you may as well have been inhabiting a different planet entirely when this leave was granted, given the ever-shifting nature of the entrepreneurial landscape. So suffice to say, this type of revelation is always decidedly unwelcome.

Yet you cannot now rescind this request of course, lest you wish to be branded some sort of unreasonable, unhinged dictator. So you smile through gritted teeth, wave them goodbye and then quietly weep into a pillow as you realise that you have 11 social media accounts to manage and nobody to help you. Angry moms with mouldy cheese. Furious customers spurned by rude sales people. They’re all coming for you. And you’re alone in the trenches.

It’s at moments like these that you really question the sanity of starting your own business. Because yes, you can hire awesome people (and I have been fortunate enough to find

some real gems), but at the end of the day, your business is not THEIR life, and it’s a fact that can sometimes be hard to swallow. They might be willing to chip in and help at all hours, but there comes a point at which one is hardly able to refuse a government-issued opportunity to down tools and enjoy the day. Sadly, entrepreneurs are afforded no such luxury.

So, as public holiday season comes barreling towards us like a bullet train, here are some key pointers to bear in mind if you wish to preserve what little sanity you have left: