Diaries of a barefoot businessman chapter 3: the coffee shop conundrum 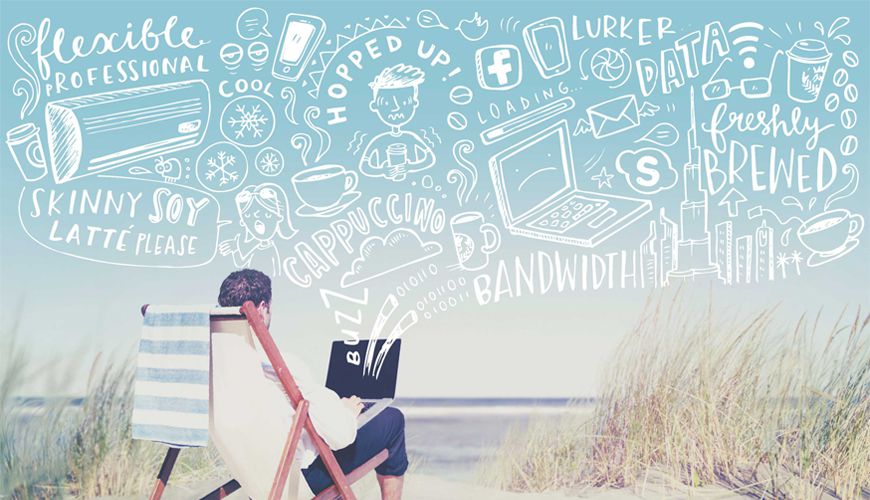 If you’ve ever contemplated the idea of starting your own business or simply going it alone, chances are you’ve harboured fantasies about setting up camp in a coffee shop, looking effortlessly cool and swigging down the occasional cappuccino while you go about your daily chores.

And whilst the ability to just flip open your laptop and work anywhere with a functional wifi connection is undeniably awesome, the allure of a life filled with endless lattés can wear thin relatively quickly.

For one thing, many coffee shops tend to frown upon patrons turning up in their pyjamas, a fact that renders one of the ultimate pleasures of self-employment null and void. Additionally, very few take kindly to lurkers, and tend to expect those occupying valuable table space to purchase coffee at quite regular intervals, resulting in a rather desultory bank account and a caffeine high that’s pretty hard to kick.

Yep, those chic freelancers and bloggers you see hanging around in their sunglasses at the hippest coffee shops in town probably do so because they likely haven’t had a decent night’s sleep in weeks, so hopped up are they on the spoils of their makeshift workplace.

Perhaps I’m being too harsh. There is something utterly glorious about soaking in the aroma of freshly brewed coffee and taking in the sights and sounds of the city while you earn your keep. But the simple fact is this – coffee shops were devised first and foremost as a means to provide caffeinated goods to an eternally tired populace, not to service the needs of professionals transferring large files and conducting video calls.

As such, the bandwidth capacity tends to be fairly woeful, and whilst most cafés do purport to have free wifi, this seldom extends beyond a brisk Facebook check and a quick scan of emails before you either reach your allocated cap or simply give up in frustration.

Not only that, but in the rare instances that you’re able to actually fire up some form of functional internet connection, you tend to be stymied at regular intervals by pesky individuals visiting the establishment for its intended purpose. Anyone who’s ever tried to conduct a Skype conversation, whilst a merry band of foreigners does everything in their power to unsettle you by making obscene gestures in the background, is probably unlikely to attempt this a second time.

As the type of professional who is relatively entertained by their own company, the need for sojourns into society are quite rare, but every now and then the urge to wear real clothes and mingle with people does arise. On such occasions, the choice of venue is critical, requiring a healthy balance of social and functional attributes that inspire rather than distract.

Thanks to the emergence of a whole new breed of self-employed (and unemployable) coffee junkies, there now exists an abundance of such spaces, designed with the flexible professional in mind. Offering up lightning-fast internet, a selection of well-brewed beverages and an entrepreneurial (and relatively quiet) populace, these co-working spots offer up a great alternative for any go-getting individual.

However, as with any trend, there are many who simply leap onto the proverbial bandwagon, offering up cramped, pocket-friendly spots that ostensibly provide an inspiring environment for creative professionals. Much like a low-cost airline, these underwhelming spaces offer few frills and little fuss, and tend to charge extra for just about everything, rendering them relatively useless to anyone with a budget. Or taste.

So before you sign a contract and start your new career as a ‘hot desker’, here are a few things to look out for: