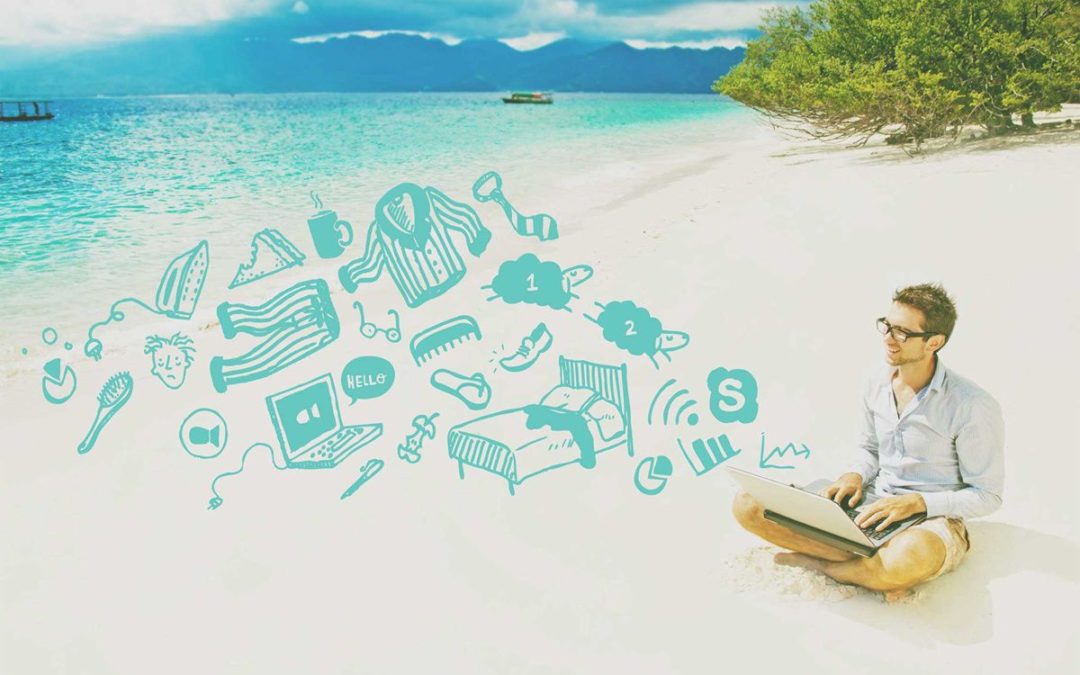 Starting up your own business is a frightening and utterly confusing undertaking, and one that often seems like a much better idea in theory. Balance sheets, payrolls and tax deductions are among the many terrifying new concepts nobody ever thought to mention back when the world was full of promise and possibility, and now sit like harbingers of doom on an increasingly cluttered to-do list.

But whilst entrepreneurship is full of unexpected (and usually costly) surprises, there are a few aspects of the job that 100% live up to the hype. Perhaps my favourite is the fact that I am never really required to be dressed. Yes, the days of pressed pants and crisp shirts are now a thing of the past, traded in for loose-fitting tracksuit bottoms and dishevelled hair that leaves me looking more like a demented old professor than a highly motivated professional.

For many this may sound like a dream (and aside from the occasional bed sores it generally is), but there are in fact a few downsides to this picture that can get one in trouble from time to time.

Firstly, this pyjama-clad lifestyle renders one completely incapable of dressing like a normal human, which becomes a problem on those rare occasions one has to encounter clients. I do find that when asking someone to pay you, it’s generally best to look vaguely respectable. But when you only have two formal shirts in your closet (one for meetings, one for weddings) and have long since lost the ability to iron anything, this is a tougher ask than you might think.

On countless occasions I’ve come screaming into a meeting ten minutes late (another ability lost is that of being able to understand traffic), frantically patting down my woefully creased pants, strategically using laptops and briefcases to cover up the evidence of my less than stylish lifestyle. Bless my suit-clad clients for their charitable willingness to look the other way and explain me to their stakeholders with the all-encompassing phrase: ‘He’s a creative’.

Yes, a creative, desperately trying to be a businessman, but failing more often than not. Do I know how much profit we make in a month? Not likely. Do I have any understanding of financial forecasts? Not a chance. Do I rock a pair of flip-flops and shorts? You bet I do.

Given my line of work, I tend to hide myself behind the digital divide for the most part, cloaked in invisibility and masking my inadequacies with well-worded emails signed off with professional platitudes like ‘Kind regards’. But even the Internet is no longer a safe haven for the unsuited and booted. Curses be upon those who developed the concept of videoconferencing, which, thanks to increased bandwidth capacity, is now something that can be initiated without any warning – something that has led to more than a few awkward virtual encounters.

There’s nothing more horrifying than that moment a Skype conversation escalates into a full-blown video conference, as the promise of a casual audio catch-up reveals itself to be a room full of respectable looking individuals expectantly gazing into the camera waiting for you to reveal yourself.

Now it’s bad enough that you look like you just crawled out of a gutter, having last shaved sometime the previous week and foregone a shirt altogether in light of the warm weather. Add to that the fact that you are in your bed and now staring down a corporate firing line and you have yourself something of a conundrum.

I’ve blamed the poor African Internet a few times (luckily a story anyone who lives elsewhere believes wholeheartedly), and on occasion I’ve simply pretended to turn my camera on and feigned some sort of technical error while I frantically run a comb through my hair and relocate to a sitting position.

So for all those of you looking to live the freelance dream, let me offer you the following words of wisdom: